OSHA Inspections 101: What You Need to Know to Protect Your Business from a Visit 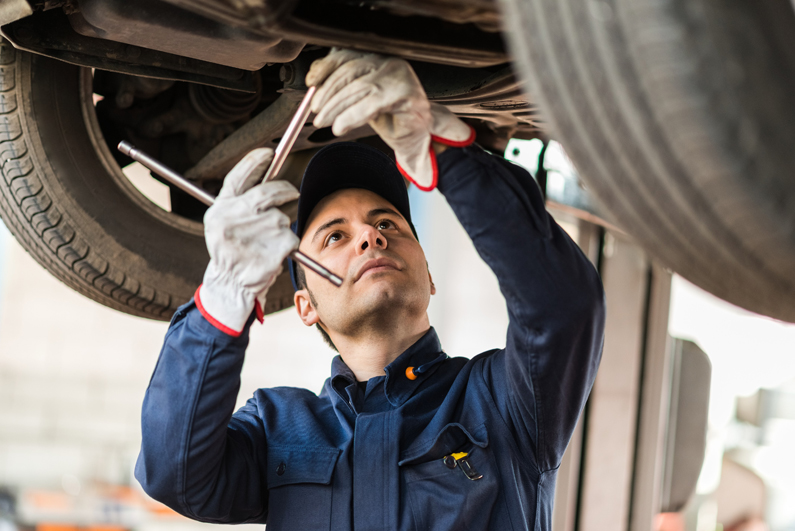 The Occupational Health and Safety Administration states its mission is “to assure safe and healthful working conditions by setting and enforcing standards and providing training, outreach, education, and assistance.”

But they seem increasingly focused on another, altogether different goal: generating revenue.

That’s according to Hannah Crawford, a regulatory analyst and environmental health and safety consultant with KPA. Hannah presents our How to Survive an OSHA Visit webinar, where she discusses how the agency has evolved and why regulatory visits today spell more trouble than ever for organizations involved. These days, she says, OSHA investigators can often stay until they’ve found an issue worth at least a $10,000 fine.

The Occupational Health and Safety Administration, commonly referred to as OSHA, is the leading federal authority on workplace safety matters.

OSHA operates 10 regional offices located across the United States. Each office is headquartered in a major city, and covers workplace activity throughout states and territories surrounding that city. 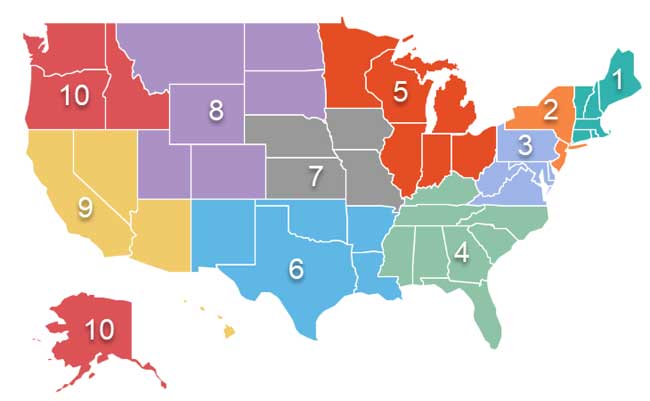 How Are Federal OSHA Standards and State Plans Different?

Depending on where you do business, you may have to worry about another OSHA in lieu of or in addition to the federal OSHA. That’s because states are allowed to have their own regulatory frameworks, provided they pass OSHA’s test—i.e. the state’s rules must be at least stringent as federal OSHA standards.

Currently, 21 states and Puerto Rico have OSHA-approved State Plans that cover both private and public workplaces. All other states are overseen by OSHA on the federal level.

What Is a National Emphasis Program (NEP)?

For OSHA, some EHS issues are higher priorities than others. The agency often chooses to classify these issues under the label “National Emphasis Program.” According to OSHA, NEPs are “temporary programs that focus OSHA’s resources on particular hazards and high-hazard industries.”

NEP-related issues are the first things agents and investigators are looking out for. Any apparent violation can trigger an investigation. There are currently several NEPs in place:

More information about each NEP can be found here.

What About Regional and Local Emphasis Programs (LEPs)?

In addition to NEPs, employers should be aware of emphasis programs within the region or regions in which they operate. Local Emphasis Programs and Regional Emphasis Programs are enforcement strategies meant to address high-priority issues workers face in a particular state or region. These programs may be created and carried out by a single area office or throughout the region.

What Triggers an OSHA Inspection?

OSHA conducts inspections for a few reasons. First, through the National and Local Emphasis Programs, the agency does what it calls “Programmed inspections.” Agents choose from a list of facilities that fall under the standard industrial classification code for a particular program, and then visit a facility at random.

Employee complaints can also trigger inspections. If one of your employees is not happy with the way things are going and chooses not to seek help internally, they can file a complaint with OSHA. Typically, if it’s not a major complaint or OSHA believes the hazard isn’t serious, you’ll receive a letter and be able to address the matter in writing. Otherwise, if the complaint seems to reflect imminent danger, it may lead to an inspection.

Other times, inspections occur after a fatality or serious injury. Whenever an employee is admitted to the hospital, suffers an amputation, or loses of an eye, you’re required to report the incident within 24 hours. Fatalities must be reported within 8 hours. When an organization fails to report such an incident, or fails to do so in a timely manner, an OSHA inspection usually follows.

Referrals can precipitate investigations as well. If an inspector from the Environmental Protection Agency visits your facility, for instance, and witnesses something OSHA should investigate, they can refer the matter to OSHA.

Finally, there are follow-up inspections. Once you’ve undergone an OSHA visit, you can expect agents to return to your site to make sure you’ve completed everything.

So, what should you do if and when OSHA shows up? In the next installment in this series, we’ll take a look at your rights during an inspection, as well as a few strategies for ensuring things go smoothly and safeguarding your bottom line.

Toby Graham manages the marketing communications team at KPA. She’s on a quest to help people tell clear stories that their audience can relate to.